How to Steam Live Crabs/Re-steam Crabs

When your live crabs arrive it is important that you steam them as soon as possible. Heat a large pot with approximately 2 inches of water on the bottom. Place a rack or steaming basket in the pot to keep the crabs out of the water. Wait until steam is apparent before placing the crabs in the pot. Sprinkle crab seasoning on the crabs to your liking and then cover with a lid. Let the crabs steam for 5 to 10 minutes after steam pushes out from under the lid. The crabs will turn a shade of orange when cooked throughout.  Follow the same steps as above but for less time. Please look at the chart below for recommended steam times.

How to Bake and Broil Jumbo Lump Crab Cakes

Broil
Preheat oven on Broil setting.  Place thawed Crab Cakes on a broiler pan or baking sheet. Place pan in the oven under the broiler for approximately 12-14 minutes or until Crab Cakes are golden brown and crispy on top.

Bake
Preheat oven to 350* F.  Place thawed Crab Cakes on a baking sheet.  Top each Crab Cake with a pad of butter or drizzle with melted butter.  Bake for approximately 7-8 minutes.  After baking place under preheated broiler for approximately 3-4 minutes or until golden brown.

Sauté
In a large skillet heat oil on high heat until hot but not smoking.  Add thawed Crab Cakes to the skillet and sauté for approximately 3-4 min on each side or until Golden Brown. Remove crab cakes from the skillet and place on a paper towel to absorb excess oil.

How to Bake and Broil Jumbo Lump Crab Balls ( 1.5 Ounce)

Place defrosted crab cakes on baking sheet/pan on top of small pad of butter or drizzle with melted butter.

Next, put under broiler for about 2-3 minutes until a nice golden brown top 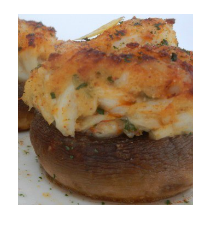 Place the mushroom caps on a cookie sheet and drizzle with melted butter.

Put on the lower rack of the oven and broil for 10-15 minutes or until golden brown.

How to Prepare a Soft Shell Crab

Our soft shell crabs are cleaned and ready to cook.

How to Steam Shrimp

To steam raw shrimp add 2 inches of water on the bottom of a pot and bring to a boil. Place a steam basket into the pot and place your shrimp into the basket keeping them out of the water. Sprinkle with Harbour House Crabs seafood seasoning and top with a lid. After the steam rolls out from under the lid for approximately 4-5 minutes once your shrimp turn from grey to pink they are done. Serve with some cocktail sauce for a great party hors d' oeuvre. *Steam times may vary

Times will vary depending on the size.

When steaming pre-cooked Alaskan king crab legs, simply place two cups of water and a tablespoon of salt in a pot and bring it to a boil. Place the crab legs along with your favorite seasonings in the pot on a rack over the boiling water. When the water starts to boil again, cover with a lid and cook for about ten to fifteen minutes. Six to eight minutes for snow crab legs. 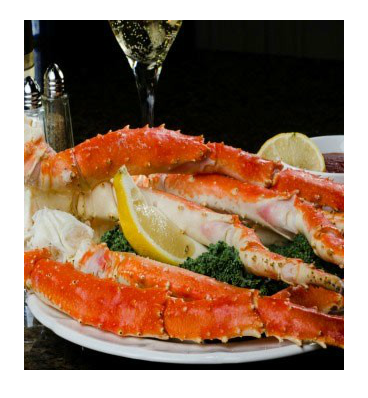 To boil snow crab legs, simply fill a large saucepan half full of cold water and bring to a boil. Add a tablespoon of salt and the seasonings of your choice. When the water begins to boil add the crab legs and reduce the heat to medium. Allow them to simmer for about eight minutes. Twelve to fifteen minutes for king crab legs.

To grill snow crab legs you need to brush olive oil on all sides of the crab legs to prevent them from sticking. Then place the crab legs on a hot grill of 300 degrees for about five minutes, turn over and cook for another five minutes until they are heated all the way through. For king crab legs, heat at 275 degrees for 10 minutes each side.

To bake snow crab legs, preheat an oven to 350 degrees. Place the crab legs in a shallow baking pan in single layers. Place hot water in the pan about 1/8 of an inch deep. Cover the pan with aluminum foil and bake for ten to twelve minutes. Fifteen to twenty minutes for king crab legs.

How to Grill Beef Tenderloin

For a charcoal grill, place the meat on a grill rack directly over medium coals; grill uncovered.

For a gas grill, preheat the grill; reduce the heat to medium. Place the filet on the grill rack over the heat. Cover the grill.

Use the following timings for grilling Beef Tenderloin, and turn once halfway through the grilling time:

Transfer the meat to a platter. Cover the meat with foil and allow it to stand for 5 minutes before serving. 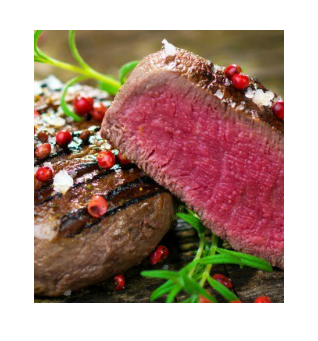 How to Skillet-Cook Beef Tenderloin

Select a heavy skillet that is the correct size for the amount of meat you are cooking. The meat should fit snugly in one layer. If the skillet is too large, the pan juices can burn. If it's too small, the meat may steam rather than brown.

Lightly coat the skillet with nonstick cooking spray. Or use a heavy nonstick skillet.

Preheat the skillet over medium-high heat until very hot. Add the meat. Do not add any liquid and do not cover the skillet.

Transfer the cooked beef Tenderloin to a serving platter. Cover the meat with foil and allow it to stand for 5 minutes before serving.

How to Broil or Bake Beef Tenderloin

For cuts that are less than 1-1/2 inches thick, position the broiler rack so the steak will be 3 to 4 inches from the heat.

Place the Beef Tenderloin on the unheated rack of the broiler pan.

Using the following timings, broil the meat, turning once halfway through the broiling time:

Transfer the broiled Beef Tenderloin to a platter and cover with foil. Allow to stand for 5 minutes before serving.

Add a tiny drizzle of olive oil in a heavy skillet just to get things started.

Add the sausages to the pan and cook, turning every minute or two, for about 12 minutes, or until nice and brown on all sides

Before serving, check the sausages are piping hot all the way through and that no pink remains. 160 Degrees internal temperature.

Get the coals on the barbecue nice and hot, without too much flame and with plenty of glowing embers.

Rake the coals into a big pile on one side and a smaller pile on the other – this is to make a hot side and a cool side of the barbecue.

Put the sausages on the hot side, making sure they’re not touching each other, and cook for a few minutes, turning every minute or two, until light brown on all sides.

If any flames flair up, move the sausages out of the way.

When golden all over, use tongs to move the sausages to the cooler side of the barbecue so they can cook through without burning.

Before serving, check the sausages are piping hot all the way through and that no pink remains. 160 Degrees.

The same method of heat applies for gas grills.